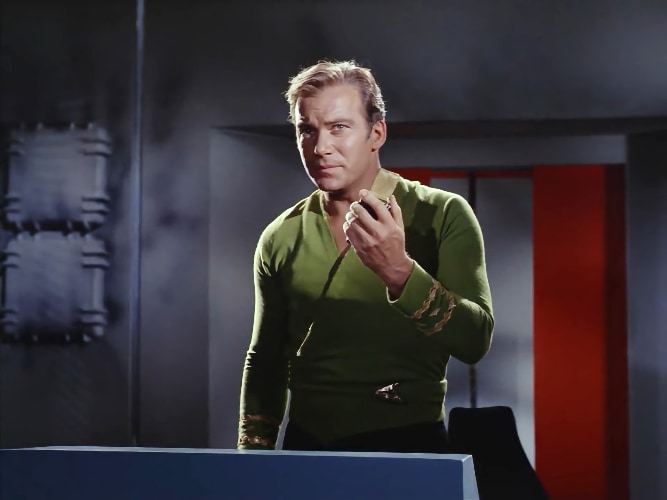 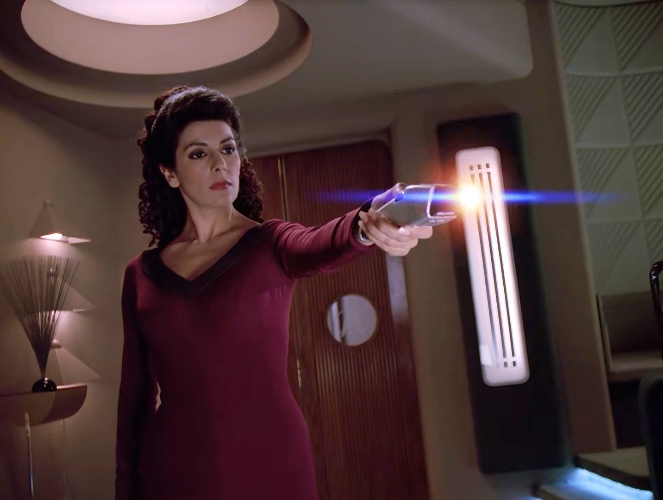 This week, on Untitled Star Trek Project, Joe and Nathan sit down to watch a sentimental sci-fi favourite from their youth, only to discover that it’s really just a police procedural where some of the regular cast get to do funny voices. Still, they get to see Marina menacing people with a gun, so there’s that, I guess.

This week, Star Trek takes its first ill-judged stab at the Gothic romance genre. Will Beverly fall for her dead grandmother’s lover (sorry), a rangily unattractive anaphasic ghost who encourages her to give up her job and to stand by helplessly while he attacks her friends? Or will she learn a valuable lesson about not dating sociopathic men? (Temporarily and no respectively, it turns out.) 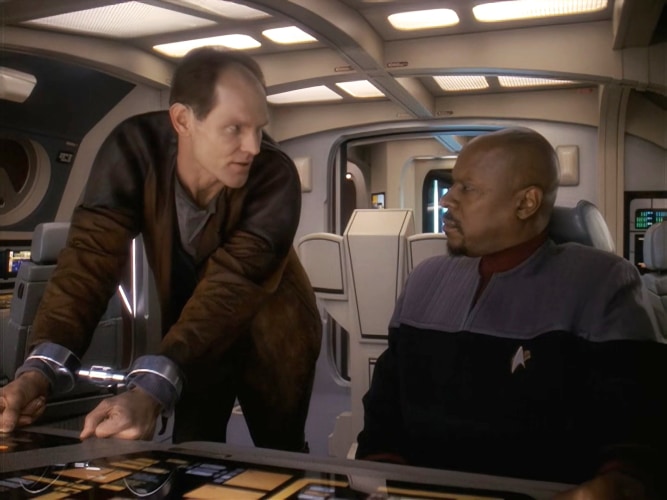 Previously, on Star Trek: Deep Space Nine: Tired of being a supporting character in a thankless role, Michael Eddington leaves DS9 to star heroically in a TV show which we never see and which exists entirely in his own imagination. After most of the cast and crew are killed by Cardassians — which can happen — and he himself is imprisoned for treason, he is recruited by Sisko for one final mission — to stop a deadly attack on Cardassia that is also entirely imaginary. Hero, traitor, or just some asshole with bad hair and a penchant for lavish Broadway musicals? Let’s find out.

It’s a heartwarming rite of passage for our youngest Star Trek crew — their very first encounter with a baffling new kind of temporal anomaly. And it’s not just any temporal anomaly: it’s a metaphor for the difficulties they have co-operating as a crew and an opportunity to overcome those difficulties. Plus, it gives Rok-Tahk the chance to be sweet, vulnerable, clever and magnificent in turn. And who doesn’t want to see that? 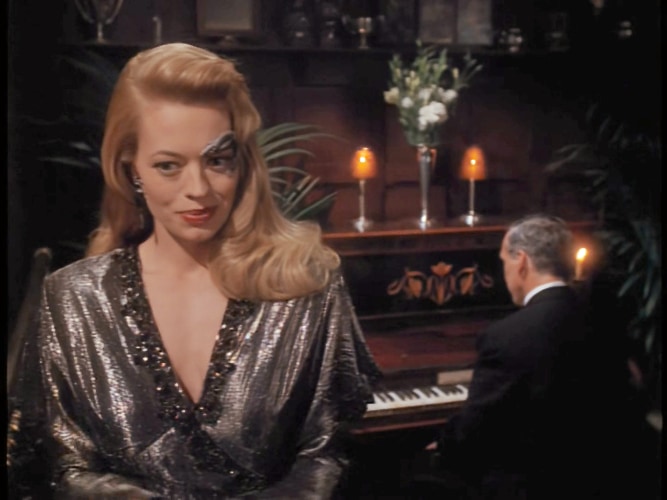 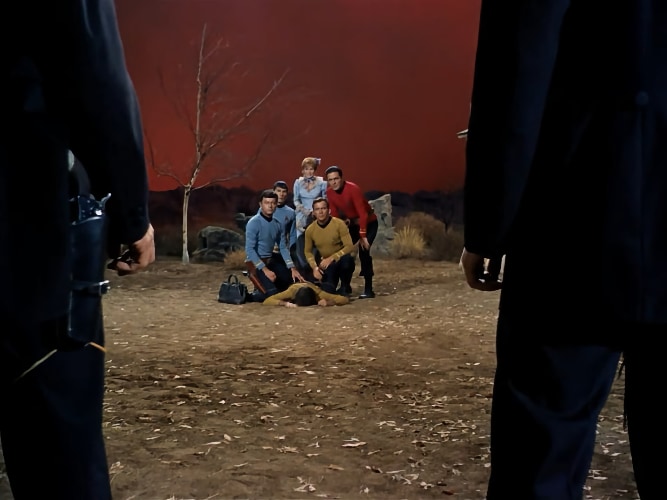 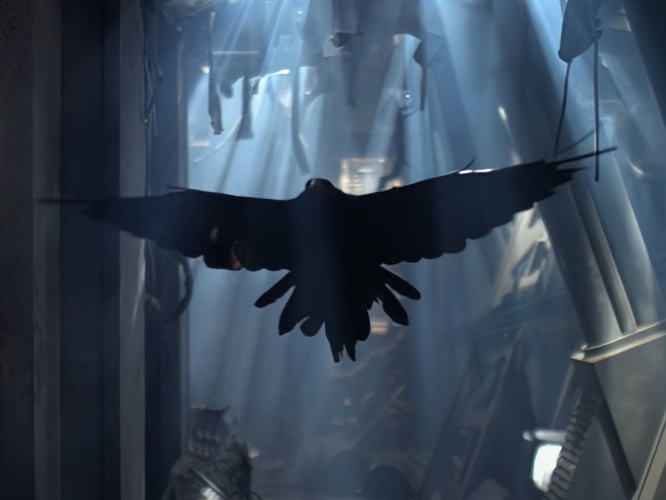 In this week’s meeting of the Jeri Ryan Appreciation Society, we watch the most aggressively average Star Trek episode the Randomiser can find, only to discover that there’s still a lot of fun to be had — hilariously sluggish action scenes, a shockingly low-effort Intransigent Alien Race, and some wonderfully subtle and nuanced performances from Ethan Phillips, Tim Russ and Jeri Ryan. 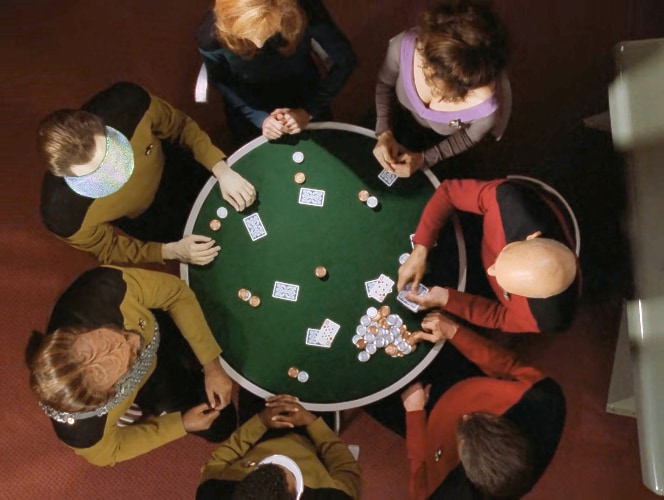 After seven years of thorny space problems and some of the most ingenious space solutions in Starfleet history, what do we have left to learn? Something about tachyon scans and anti-time, inevitably, but also something about the enduring power of love and friendship. Let’s see what’s in here.

That Hope Is You, Part 2

Previously, on Star Trek: Discovery: it’s the distant future, the Federation is broken, and isolationism runs rampant. Then, of course, lots of things happen, we make new connections, and find a new purpose. And now, the very noisy conclusion. Explosions! Gunfights! Space battles! There’s plenty of action, but do we find ourselves missing the days when Star Trek was a lot of people talking urgently in rooms?