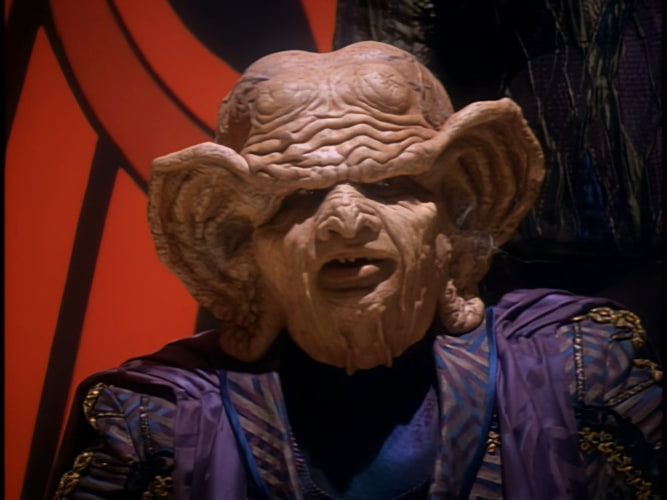 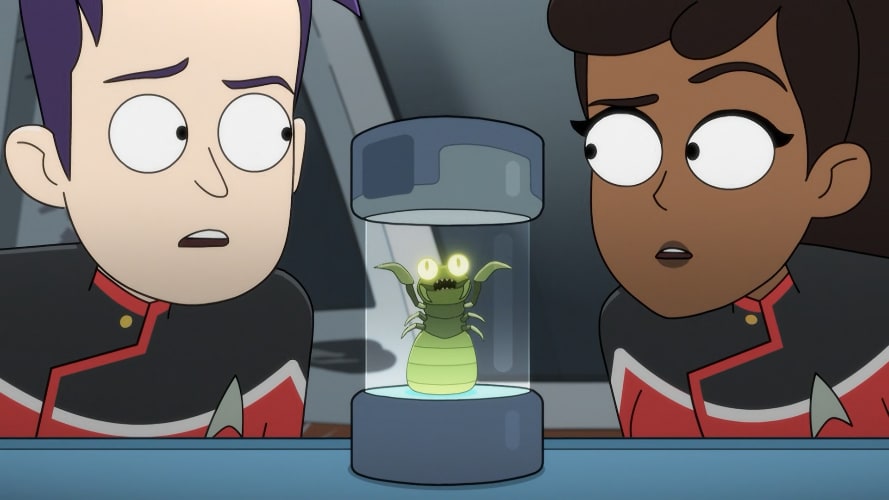 It’s another episode of Lower Decks, and amidst all the quick-fire jokes and impressive visuals, we learn Another Valuable Lesson: sure we love treaties, Tellarites, timelines and the exciting new T88 model tricorder, but what we’re really here for is hang time with people we love and the sheer joyous ridiculousness of it all. Live long and prosper, friends! 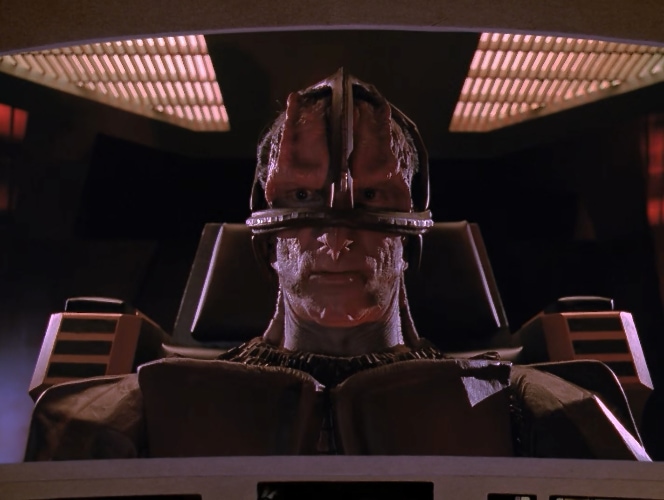 Our Irish lad to the war has gone
On the deck of the Phoenix you’ll find him.
He’s got a song that goes on and on
And a sad backstory behind him.

Marc Alaimo’s here in a silly hat
He’s missed some bits while sha-a-ving.
And Captain Maxwell has shown us that
He’s a dick and he isn’t worth saving. 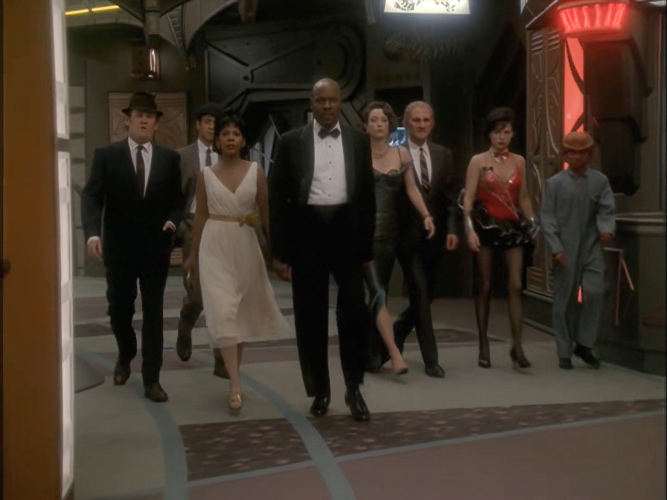 When the Lounge is taken over by violent mobsters, Vic Fontaine (James Darren) has no choice but to call in his fictional friends from the twenty-fourth century to help him out. A stylish and entertaining heist ensues, the good guys win, and we’re reminded (again) about how much we love these people. 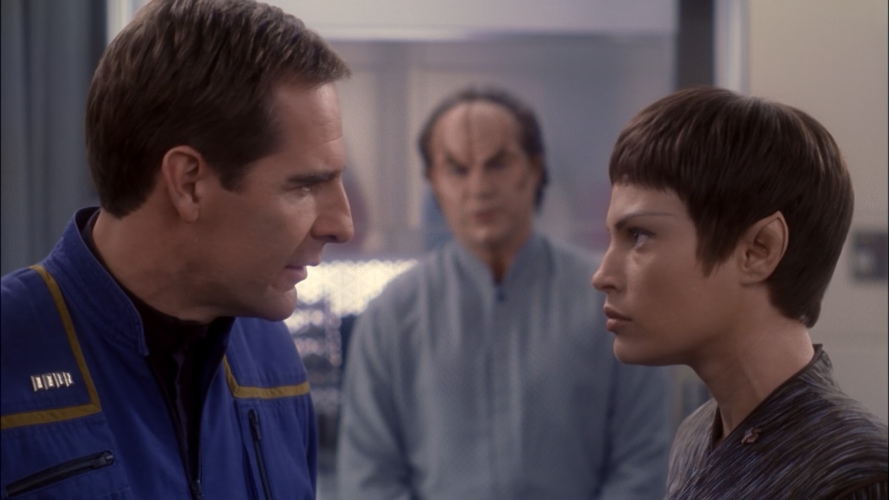 In this Very Special Episode, we learn a Valuable Lesson about discrimination and bigotry without a single mention of the minority group being discriminated against. In the meantime — by the most amazing coincidence — Trip has an awkward moment when confronted by some nice people who don’t share his sexual ethic. It’s all a bit of a slog, to be honest.

The crew of Discovery and the peoples of the galaxy are both facing the same dilemma this week: the cautious path of wariness or the risky path of connection with a faceless threat? But it’s Star Trek, and so love and bravery prevail. Meanwhile, Book leaves Michael to look after the cat, and Saru bashfully offers a succulent to the President of Ni’Var. 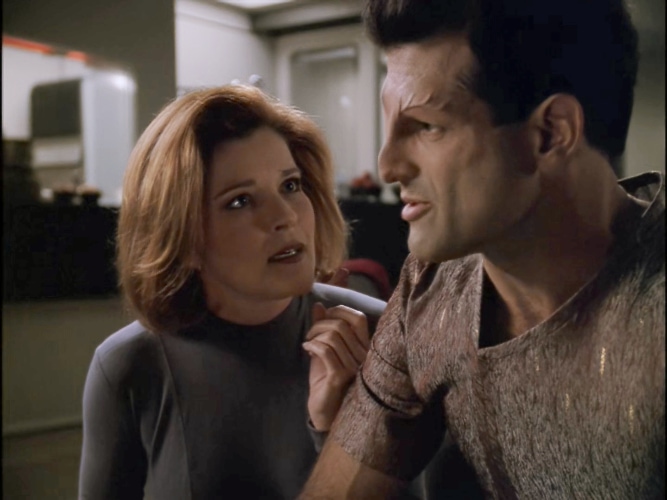 This week: a clever script, a complete absence of banter, a frog alien that scores zero on the B’omar Scale, astonishingly good incidental music by Mahler and Tchaikovsky, and two outstanding performances from Mark Harelik and Kate Mulgrew — all working together perfectly to create one of Voyager’s Best Episodes Ever. Enjoy. (You will.)

Looking for par’Mach in All the Wrong Places 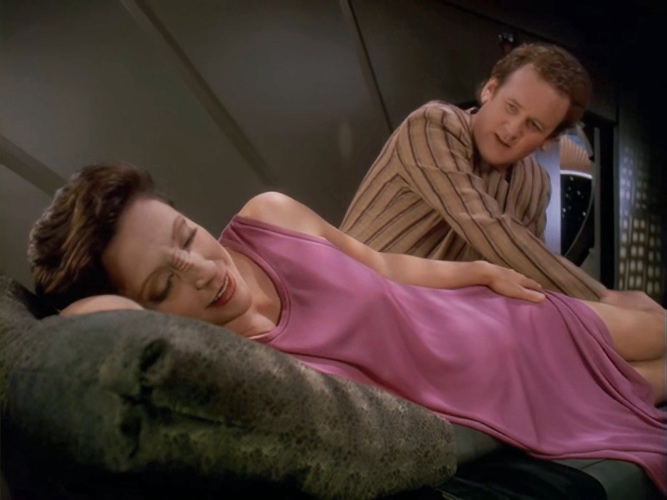 This week, on Star Trek: Deep Space Nine: Quark wants Grilka, Dax wants Worf, Nerys wants Miles, Worf wants Grilka, Miles wants Nerys, Worf wants Dax, Odo wants Nerys (probably), and Julian wants not to know any details about any of this. Meanwhile, Joe wants more of this sort of thing, while Nathan just wants some special effects and reflective surfaces, but will settle for a turbolift that goes up and down without jerking.