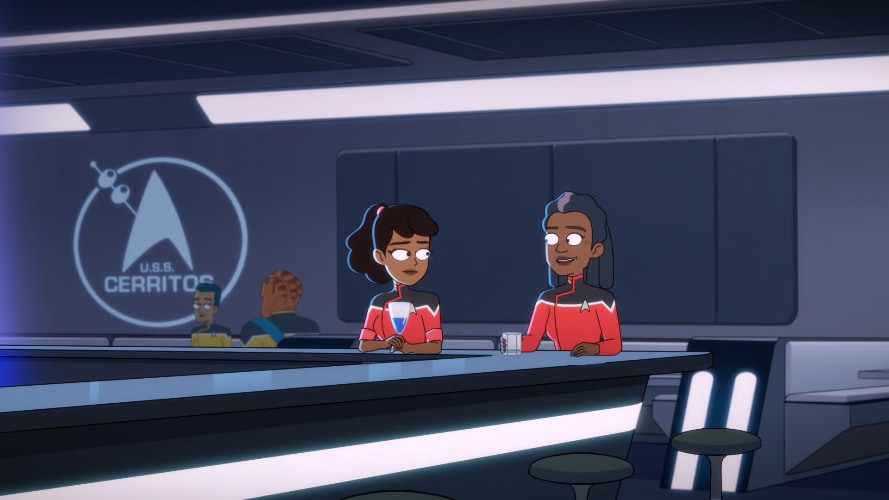 It’s Star Trek’s most terrifying crew evaluation since Coming of Age: the crew of the USS Cerritos confront a ridiculous alien from Star Trek: The Animated Series, the Terran Empire, medical ethics, an unconvincing Old West set on the Paramount lot, the plot of Star Trek II: The Wrath of Khan, the Borg, complex strings of water molecules which acquire carbon from the body and act on the brain like alcohol, hexagonal crates in the cargo bay, and the plot of Star Trek III: The Search for Spock. But more than anything, they confront the need to work together and respect each other. Because this is — and of course it is — Star Trek.