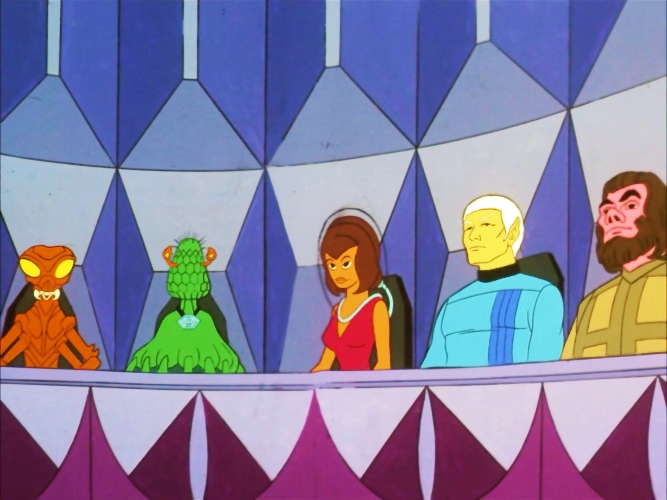 Exhausted from last week’s astonishingly brilliant performance, this week Bill Shatner is literally phoning it in — so bored with Star Trek that he can’t even be bothered to say all five digits of this week’s stardate. Meanwhile, the Enterprise is trapped in a thing, unable to escape until they do another thing. Or something. Whatever.